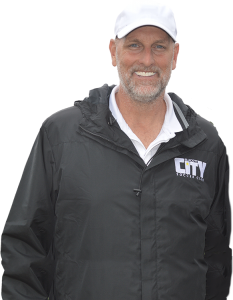 Splitting time with soccer projects between Region I and Region IV, Tim Ryerson has been using his BS in Sports MGMT and Masters in MGMT to work full time giving back to the game that gave him so much. Tim is the owner of Ryerson Soccer Consulting which specializes in all things grassroots. Tim had the vision to create and pilot the Get on the Bus Program (GOTB) in his home state of Maryland. Tim is a by-product of the United States Youth Soccer system. After playing youth soccer in MSYSA, his family moved to California,  where he competed in Cal North. Tim met Daniel at UNLV before transferring to the University of Maryland Baltimore. After college, Tim immediately began to serve other youth as a coach (in Cal North and Cal South), volunteer, coaching director (in Cal North), administrator (in MSYSA) and also as a soccer dad! Tim has lived, and has been heavily involved in soccer in both Region I and Region IV and is currently serving as the Executive Director for the Ellicott City Soccer Club. Tim has has over 25 years experience in creating innovative programs to serve youth soccer participants. Tim will be the primary program lead and will serve as the liaison between I-15.org, state associations, local leagues and programs.